Call Us Now at

No matter the size of your business, from those that have just opened to ones that have been around for generations, one thing that they all need is a business sign. Since every business is different, the sign that you have for your business needs to be different as well. It should reflect your personality, the particular colors that you use, and be appropriate for your location. While this could be overwhelming, the team from D-Signs & Awnings, Inc. can make it easy by putting their expertise to work for you. They have installed and repaired a wide variety of signs, including monument signs, channel lettering, LED message boards, 3D signs, general business signs, as well as making custom signs based on your specific needs. 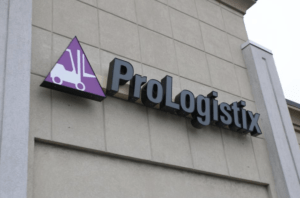 One of the most popular sign options that many businesses go for is channel lettering signs. These work great because they can be made in the size that you want, and are often mounted on the sides of buildings that the business occupies. These channel letter signs are usually also lit from inside so that they can be seen and read at night. While the lights inside could be colored, the front of the sign is typically colored with white lights inside the letters.

Another option that is very popular is going with a 3D sign. These are similar to the channel letter signs but aren’t lit. 3D signs can be made from a variety of materials, including metal, acrylic, glass, or other options. 3D signs are also popular business signs for use indoors, such as in entrance areas and hallways.

In many municipalities, there are restrictions on the size and/or the height of signs that a business can put up. In these cases, many businesses choose to go with a monument sign to help advertise their business. These types of business signs are at ground level and are often several feet tall, depending on the number of businesses advertised on the sign and the restrictions by the local municipality. Monument signs are often lit from within so that the business name is visible at night.

Other business signs include the LED message board that can provide additional advertising opportunities, such as letting customers know about special offers, the hours that your business is open, and more. Contact D-Signs & Awnings, Inc. and they can work with you and the location your business is at to develop the best business sign options that will make an impact.

Breinigsville was named for George Ludwig Breinig (January 31, 1733 – May 12, 1812), a German immigrant who came to America onboard the ship Lydia, arriving in Philadelphia on October 13, 1749. Breinig was one of the judges of the election at Allentown, on July 8, 1776, when delegates to the first constitutional convention of the state were elected. During the Revolutionary War, Breinig became the colonel of the Second Battalion of Northampton County militia. Among his seven children was Peter Breinig, the youngest son, and the founder of Breinigsville.

Ready to Get Started?
Contact D-Signs & Awnings for a free quote today.