Call Us Now at

Everywhere you look, you are likely to see at least one sign for a business that is in the area. You might be wondering what sort of sign would be best for your business. The team at D-Signs & Awnings, Inc. has installed and repaired business signs all over the region, and they can provide you with helpful suggestions on what styles of signs might work best for your needs. They can explain and show you examples of channel letters used for signs, LED message boards that they have installed, monument signs, 3D signs, and other custom signs to provide you some inspiration for your business sign. Contact them today to get the process started of adding or upgrading your business sign.

3D Signs and Other Custom Signs in Tannersville, Pennsylvania 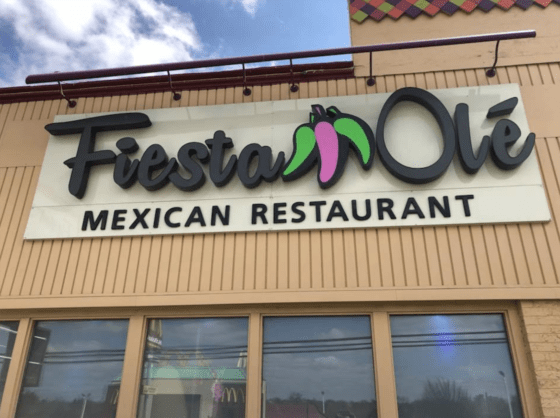 3D signs are three-dimensional signs that stick out from the surface they are attached to. 3D signs can come in a wide variety of shapes and materials. You may want to have a really nice 3D sign in your lobby to give that “wow” factor as current and potential customers enter your space. Maybe you want your outdoor sign to have an upscale look. No matter the application, having a 3D sign with your name, logo, numbers, or website will allow your business to capture the attention of people.

One aspect that many people don’t realize is that D-Signs & Awnings, Inc. has a CNC machine. This allows them to create nearly anything that you as the business owner can envision. You might want them to create a large custom sign for the outside of your business, and then have them create miniature versions that you sell in your business as keychains or other items. Work with their design team to come up with your unique custom sign.

We are seeing them more and more, and they definitely attract attention because the messages can continuously change. LED message boards are popular because they can display multiple messages rather than just a single message. It also is typically beneath the business name, so people will instantly understand that the business is offering a special price on a product, etc. LED message boards can also display things in color, and essentially are like very large television screens where they can show pictures, video, and more. D-Signs & Awnings, Inc. have installed many of these LED message boards, and they can provide you with important information about their use and maintenance.

Tannersville was founded in approximately 1750 by John Larner, formerly of Philadelphia. Tannersville, according to one historian, was first called Pocono Point. Many native American trails were later widened for stagecoach use and later evolved into highways. Two of the most famous of these are Lackawanna Trail (now Rt. 611) through Tannersville and Sullivan’s Trail. On 18 June 1779, General John Sullivan and his soldiers camped at the Learn’s or Learned’s Tavern. They then cut a road (now Sullivan’s Trail) through the wilderness.

Ready to Get Started?
Contact D-Signs & Awnings for a free quote today.